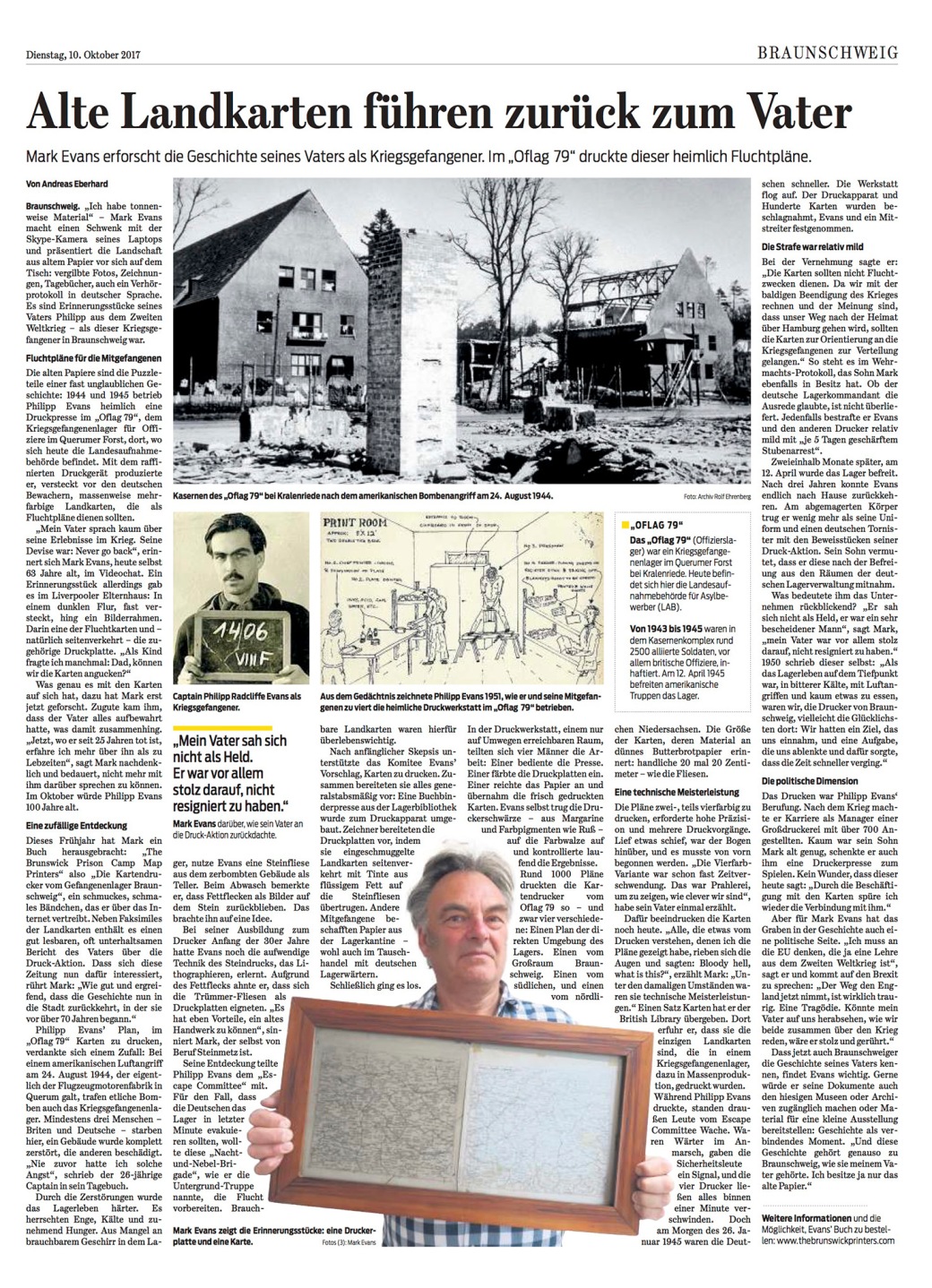 Two or three months ago I was contacted by Andreas Eberhard, a journalist on Braunschweiger Zeitung, the Brunswick local newspaper, who had come across the Twitter page for The Brunswick Printers. We e-mailed, had a phone conversation, and then spent most of a morning on Skype. He was hugely and very genuinely interested in the story, and it was a strange and poignant experience to be talking to him in this way and in effect taking the story back home.

Over the summer he has been working on the story, and we have had occasional e mail correspondence, and he’d given me a rough idea of when it might be published; but today my phone started pinging with e mail alerts and there were about alf a dozen orders for books and an enquiry from a bookshop, all in Brunswick or nearby, so I knew it had been published. He has sent me an image of the full page article and he is sending me a print version over.

So many coincidences, twists of fate and links and connections have made this story possible, and it is another one that caused Andreas to find and click on The Brunswick Printers Twitter page and take the narrative further and to return it to where it started.

It’s touching for me, and I’m sure my father would have been moved by the interest that it has sparked. I find it particularly resonant that at this time in history when Britain is following its own extraordinarily rash and ill-considered route with regards to Europe, the narrative of The Brunswick Printers leads us back to the turmoil out of which European unity was envisioned and created. With thanks to Andreas Eberhard for his interest and commitment; and yes, I have yet to have it translated from the German. When I do I will post the translation up on here.