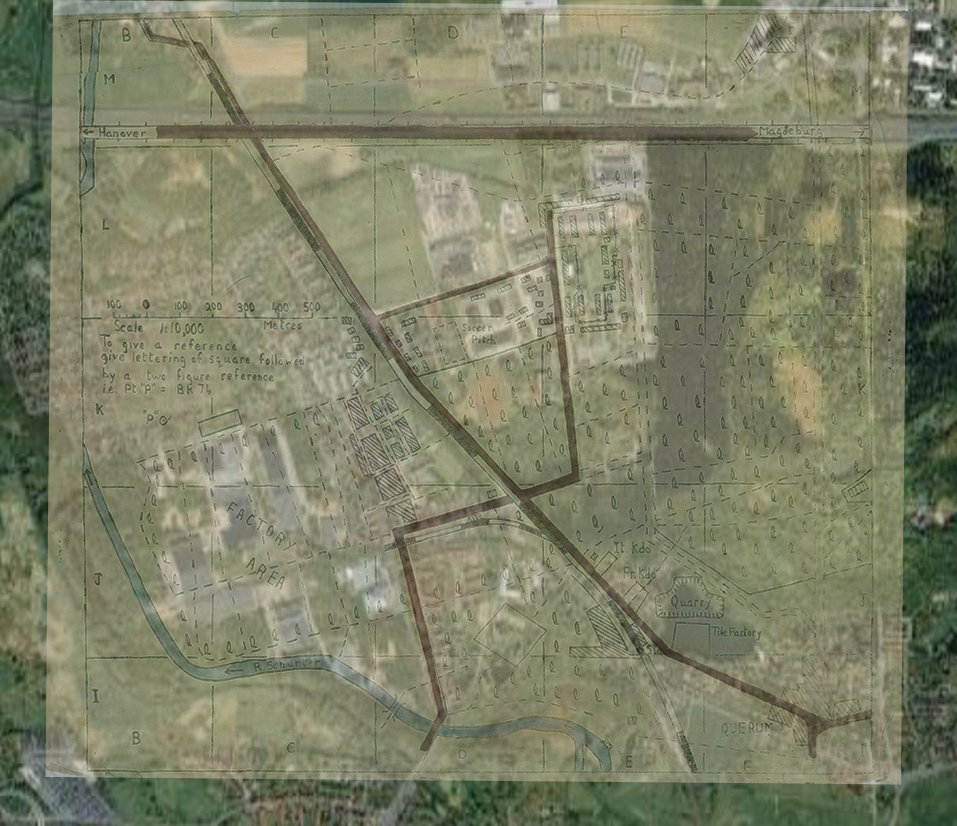 My father’s 1:10,000 map of Oflag-79 overlaid on the present day site on Google satellite images.

This week I received an e mail from Andreas Eberhard of Braunschweiger-Zeitung, the Brunswick newspaper, which was both greatly interested and greatly interesting. What was fascinating was to hear of the changing attitude of the town towards the camp and its history – “Did you know that the „Oflag 79‟ was sort of rediscovered by local historians in Braunschweig only a few years ago? For many years it was almost forgotten in the public memory of our town. From 2010 on, some research was done. Now there is a book and several newspaper articles about the camp. I will be happy to tell you about it. In my opinion the story of the „Brunswick Printers‟ will be of great interest for many of our readers”. I’m hoping to speak with Andreas Eberhard over the next week to put a piece together for the newspaper. Apart from it being very pleasing to receive interest from Brunswick/Braunschweig I found it emotionally resonant in some slanted way that this connection has been made 72 years after my father and his fellow prisoners left the camp and the town behind.

Also this week, Jonathan Mounsey, the son of Harry Mounsey who was a fellow prisoner from Liverpool with my father, and who I met last week, sent me a Google satellite image of the current site of Oflag-79. In a moment of inspired idle curiosity I laid an image of The Brunswick Printer’s 1:10,000 map of the camp over the satellite photo and was astonished at how accurately it placed the roads and autobahn, areas of woodland and the bends of the River Schunter, all the major features. 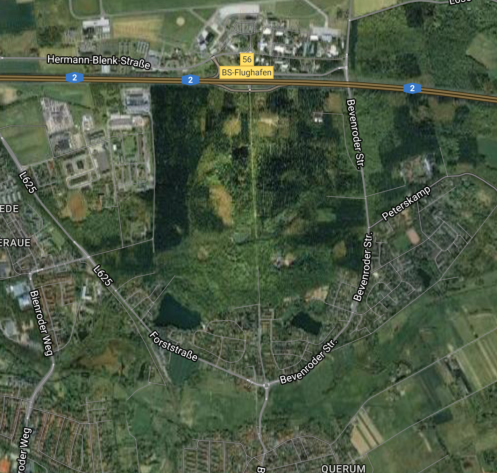 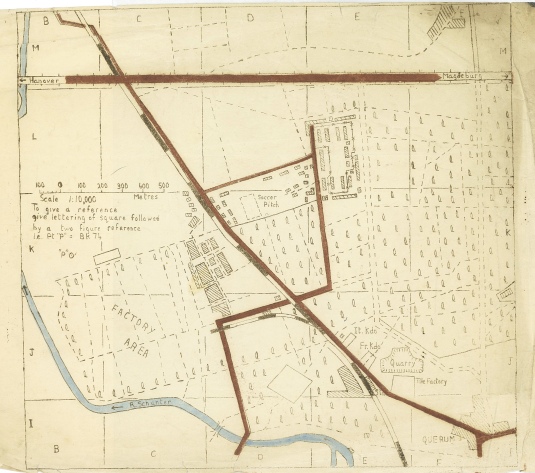 The Brunswick Printers 1:10,000 map of Oflag-79 fits over the centre left hand section of the Google satellite image where the cross roads is.

Both these experiences have served to make the place more real and more tangible than I thought they might be; I have thought that there would be very little if anything left of Oflag-79, but what is more extraordinary is that a number of the buildings are still standing and still in use, currently as accommodation for refugees. 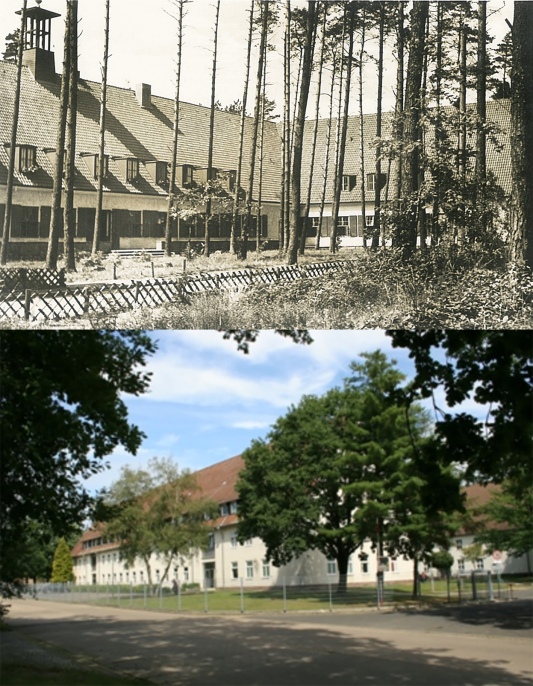 An image of my father’s at the top, and an image of buildings on the same site today sent to me by Andreas Eberhard of Braunschweiger-Zeitung.